Like many public transport systems, the Sydney Ferry network is CBD centric. All lines converge on the city, terminating at either Circular Quay or Darling Harbour. The limitation of CBD centricity was articulated many years ago by the American transport planner Greg Thompson:


"At that time (1969), the prevailing notion that all transit routes must converge on the downtown seemed wrong. What appeared to be a mandatory requirement for a well-used transit was a  network of routes allowing people to travel conveniently to many destinations, of which the downtown was only one".

The Sydney Ferry network currently has 36 terminals, spread over eight routes in a conventional radial pattern. This means there could be up to 630 unique origin-destination pair connections, leaving aside intermodal journeys.

That's a lot of trips traversing Sydney Harbour where other realistic public transport options are not always available. It could be a trip from Chiswick to Luna Park, or Rose Bay to Taronga Zoo or Balmain to Double Bay. But these are only potential connections, because if the timetable does not provide for timed transfers between lines, or the connection is only available for part of the day, or on week-days but not week-ends, then legibility is lost and it becomes all too hard for the customer. They will find another way to reach their destination, other than by public transport.


Under the current timetable, just 96 origin-destination pairs can be connected conveniently all day, seven days a week[1]. That’s 16% of the total possible OD pairs.
Increasing the number of convenient OD pair connections is difficult to do in a low frequency network. It has been done best by the Swiss Federal Railways which, since the early 1980's, adopted an integrated regular interval timetable or Taktfahrplan. These principles can also be applied to an urban transit ferry network.

In a network based on Taktfahrplan principles, there are not necessarily more lines, just better connections. If the service interval of the network is 30 minutes:

There are some rules which need to be followed to achieve consistent connectivity. The cycle time of each return trip, including layovers, must be a whole integer multiple of the service interval; a regular interval must be retained all day (supplementary departures can be scheduled in the peaks if needed); and stopping patterns of inbound and outbound trips must be consistent and symmetrical. 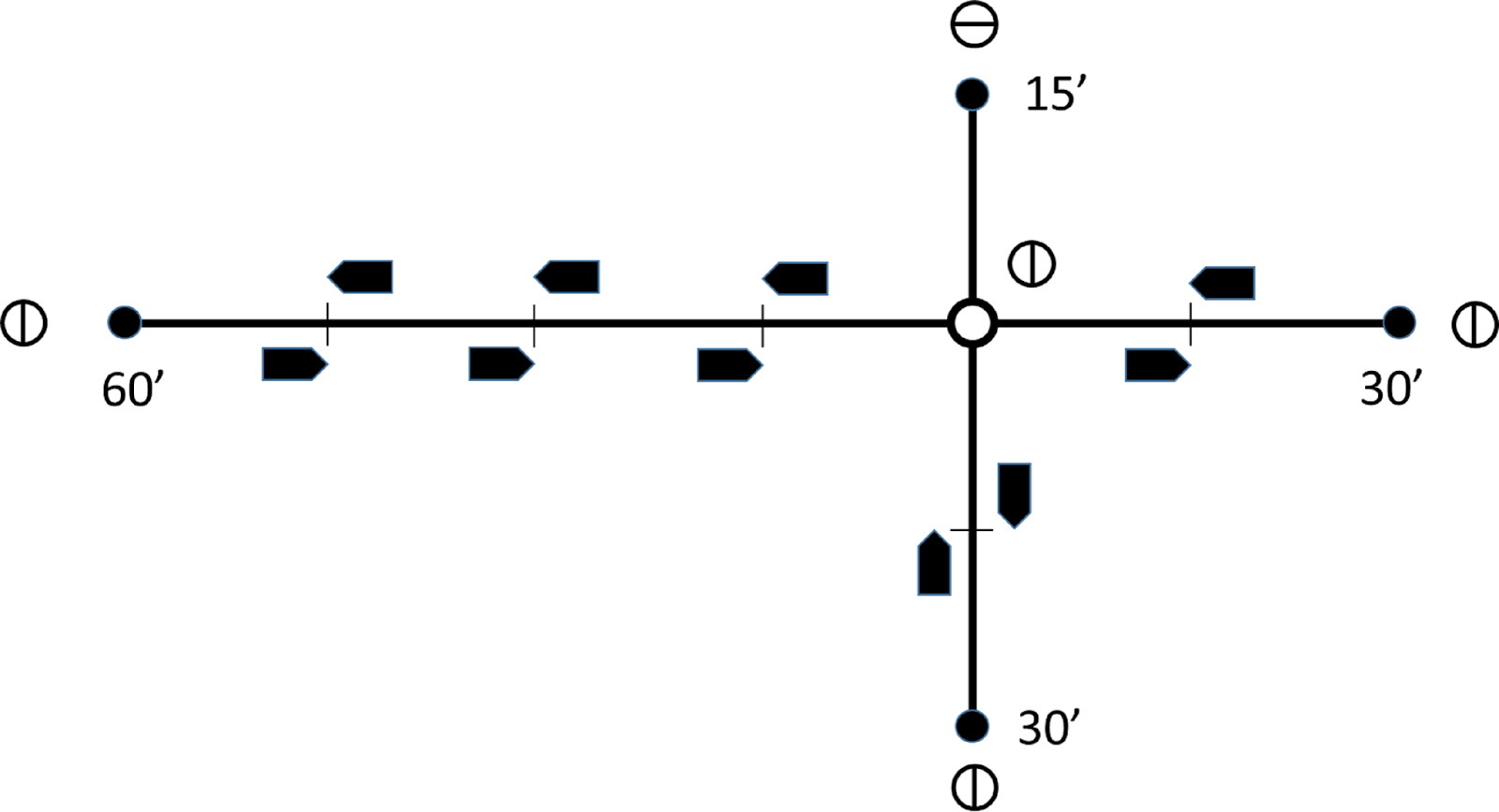 Providing these rules are followed, network connections can be dramatically increased, with minimal additional operating costs.

The good news for Sydney Ferries is that Taktfahrplan rules can be applied with relatively minor changes to the existing network. This is because most lines already have cycle times which are a multiple of the service interval. The remainder can be changed with little difficulty.

So what would a Sydney Ferry network look like if Taktfahrplan principles were applied? There is no one single solution, but it could look something like this:

This new design takes advantage of the new larger ferry hub to be constructed at Barangaroo replacing the existing Darling Harbour King Street terminal. This will become a more attractive destination for residents west of the city with the completion of the Wynyard Walk development.

With the exception of the silver line between Sydney Olympic Park and Barangaroo (commuter peaks only), all stopping patterns would remain consistent all day:


Not including Stage 2, these changes add a modest 6% to ferry service hours (up from 80,000 to 84,700), but massively increase the number of convenient OD pair connections from 96 to 332. Including the Manly fast ferry and ring lines, the convenient connections increase to 443, but with an additional 15,250 service hours.

The legibility and connectivity of a Taktfahrplan style timetable would bring enormous benefits for ferry customers. Imagine, for example, a passenger from Balmain Thames Street who may, at different times, need to travel to Barangaroo, Milsons Point, Circular Quay or even Double Bay or Manly. In the timetable proposed here, the passenger can either travel directly to Barangaroo or transfer conveniently at Balmain East to reach Milsons Point and Circular Quay. They could also transfer conveniently at Circular Quay to Double Bay, Manly, Mosman and other locations, or stay on board for travel to Taronga Zoo.

Because it is a regular interval timetable, the connections work for every departure, which significantly adds to the legibility of the network. All that the passenger from Balmain Thames Street needs to remember is that the ferry departs in the direction of Barangaroo at 3 and 33 minutes past the hour. All the connections will be in place whichever ferry is taken.
These changes also have important operational advantages:
For this model to work, action must be taken to reduce variation in dwell times and improve the design of high demand wharves, including provision for dual berthing at key interchanges. These two issues are the subject of next week's post.

[1] A convenient connection is defined as a journey between an OD pair where (a) there is no more than one transfer; (b) the scheduled wait time at a transfer point is between three and ten minutes; (c) the service interval is no more than 60’; and (d) all of the above criteria apply Monday to Saturday between 7 am and 10 pm and between 8 am and 8 pm Sundays.