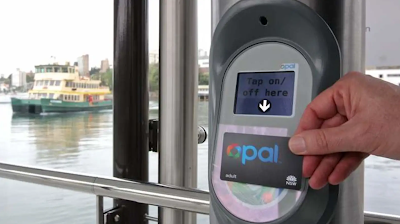 The recent draft report on Opal fares by the Independent Pricing and Regulatory Tribunal (IPART) recommends higher single fares for all modes, compensated by discounts for regular users of buses, trains and light rail through Opal Connect travel passes.

The report says "we consider that the benefits of operating and designing the public transport system as an integrated network outweigh the benefits of signalling the costs of providing individual services to passengers, and the potential revenue gains from pricing services differently to reflect customers' different willingness to pay".

This is a big leap for IPART. I'm not sure IPART reports have ever talked about "integrated networks" before.

But when it comes to ferries, thoughts about integration seem to disappear. IPART says the proposed Opal Connect travel passes should not be available for ferry trips and, as they are now, single ferry fares should be significantly higher than other mode fares - "unlike other modes, we consider that the revenue losses from reducing ferry fares in line with other modes would outweigh the potential for service delivery efficiencies".


Let's look at each question separately:

IPART takes into account both the direct costs of running services and an estimate of "externalities" - the costs and benefits of having bus, rail and ferry services which accrue to the community in general, not just users of public transport. The calculation of externalities is by an econometric model that attempts to quantify the impact of public transport on things like road congestion and pollution. In my view, this involves a lot of guesswork and makes the wrong assumption that only benefits that are measurable should be taken into account. I'm inclined to disregard them.

You would expect that direct operating costs would be easier to estimate. Unfortunately, IPART is not explicit about what costs are included and what costs are not, so it is not clear whether it is appropriate to compare cost per passenger journey between modes. For example, road infrastructure costs related to buses and the construction and maintenance of bus terminals are not included. I have asked IPART if the $3 billion cost of building the L2 and L3 lines are included in the light rail costs, but have not received an answer. I suspect it's not.

But even if we are to assume the operating costs reported by IPART are correct, and apples are not being compared with pears, the results are surprising in view of IPART's recommendation to treat ferries as an expensive mode, from which patronage needs to be deterred:

Sydney Ferries is actually not the most costly mode per passenger km - Light Rail is, by a sizable 59 cents per km. So why is IPART recommending that Light Rail fares should be the same as buses and almost twice that of ferries? And why does it recommend including Light Rail in the discounted travel pass arrangements, but excludes ferries?

Let's just assume for now that IPART estimates of externalities are accurate and the cost to the community of operating ferries is much greater per passenger km than other modes. For the reasons outlined above, I don't accept this to be correct, but let's say it is and results in higher fares for ferry users and the exclusion of ferry trips from the proposed new travel pass product. What impact will this have?

IPART assumes that price signals will cause people to opt for an alternative mode, like a bus. Over time, more bus services will operate and fewer ferries will run. But will this actually happen in the real world? Will the service "efficiencies" that IPART seeks actually be achieved?

Consider a person who lives at Abbotsford and works four days a week in North Sydney. Let’s call her Sarah. Sarah catches a RiverCat to McMahons Point each morning before transferring to a bus up to her office in North Sydney. The ferry fare is $6.12 one way and 24 cents extra on the bus because of the transfer discount. That's a total of $50.88, which reduces to $50 because of the Opal weekly cap.


IPART says that Sarah has other cheaper options, which of course she does. She can take the L38 bus from Abbotsford to Central Station, then a train to North Sydney. But the minimum journey time this way is one hour, compared to 26 minutes with the ferry bus/combination. So much for the 30 minute city.

Did I mention Sarah has two kids in childcare? The extra four hours commuting a week will mean the additional childcare costs she incurs will probably exceed any savings she makes on a bus/train combination using the new Opal travel pass.

IPART might think Sarah has a choice, but she doesn't really.

There does not appear to be a deep understanding within IPART of the role of ferries in Sydney’s public transport network. The city’s peculiar geography means a journey on water is often the most efficient way of connecting points of origin and destination. Transport planners make pragmatic decisions on which modes should operate along which corridors, taking into account a range of factors including cost, travel time and environmental issues.

In other words, network design is supply driven. And this is how it should be.

If it wasn't supply driven, people like Sarah from Abbotsford would be significantly disadvantaged, for no other reason than she happens to live near a ferry wharf. As customers of public transport we should not incur a fare penalty when the only practical option available is a ferry. This is understood in other cities like Brisbane and New York City where ferry fares are the same as buses and trains.

IPART’s recommendations are just that. The NSW Government is not compelled to agree to them and usually hasn’t in the past. But you have to wonder why IPART is asked to review the Opal system at all when Transport for NSW is better placed to develop more practical fare policies.

IPART has invited feedback on its draft report by 31 January 2020. You can find the draft report and information papers at the IPART website.
https://www.ipart.nsw.gov.au/Home/Industries/Transport/Reviews/Public-Transport-Fares/Opal-fares-from-1-July-2020